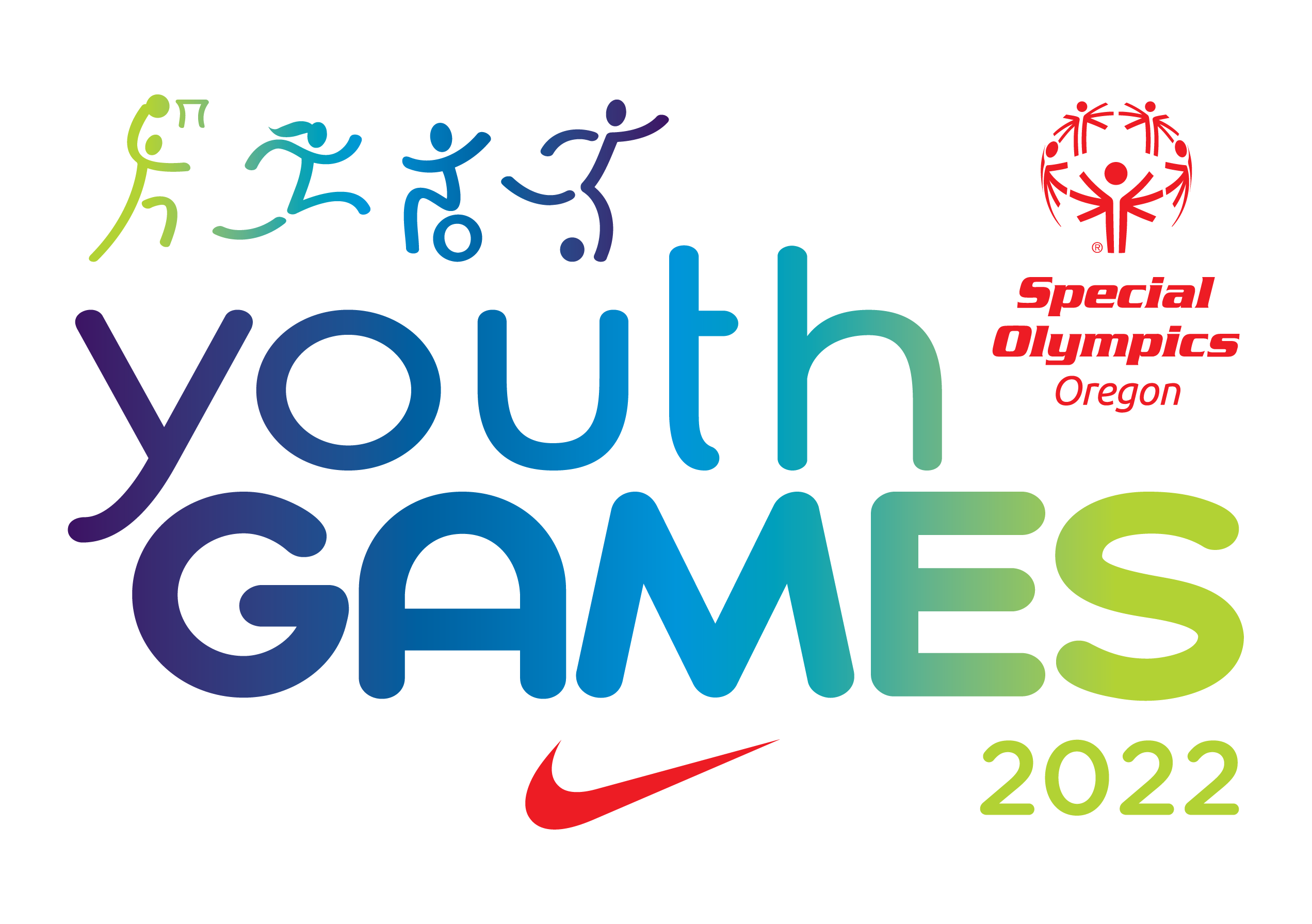 Special Olympics Oregon and NIKE, Inc. teams up each year for the Special Olympics Oregon Youth Games at Nike World Headquarters. Since 2007, more than 5,000 athletes have participated in this one-day event focused on introducing the basics of popular sports to young people with intellectual disabilities. Inspired by the idea that all kids are made to play, the event helps participants to realize their potential through sport and lead healthier, happier, and more successful lives.

Youth Games 2022 was held at the Nike World Headquarters on Saturday, October 1st.

Thank you to the 300 young athletes and 400 Nike employee volunteers who came together in person, for the first time since 2019, inspiring participants to achieve their potential through play and sport

Our Mission The mission of Special Olympics is to provide year-round sports training and athletic competition in a variety of Olympic-type sports for children and adults with intellectual disabilities, giving them continuing opportunities to develop physical fitness, demonstrate courage, experience joy and participate in a sharing of gifts, skills and friendship with their families, other Special Olympics athletes and the community. Website Home » 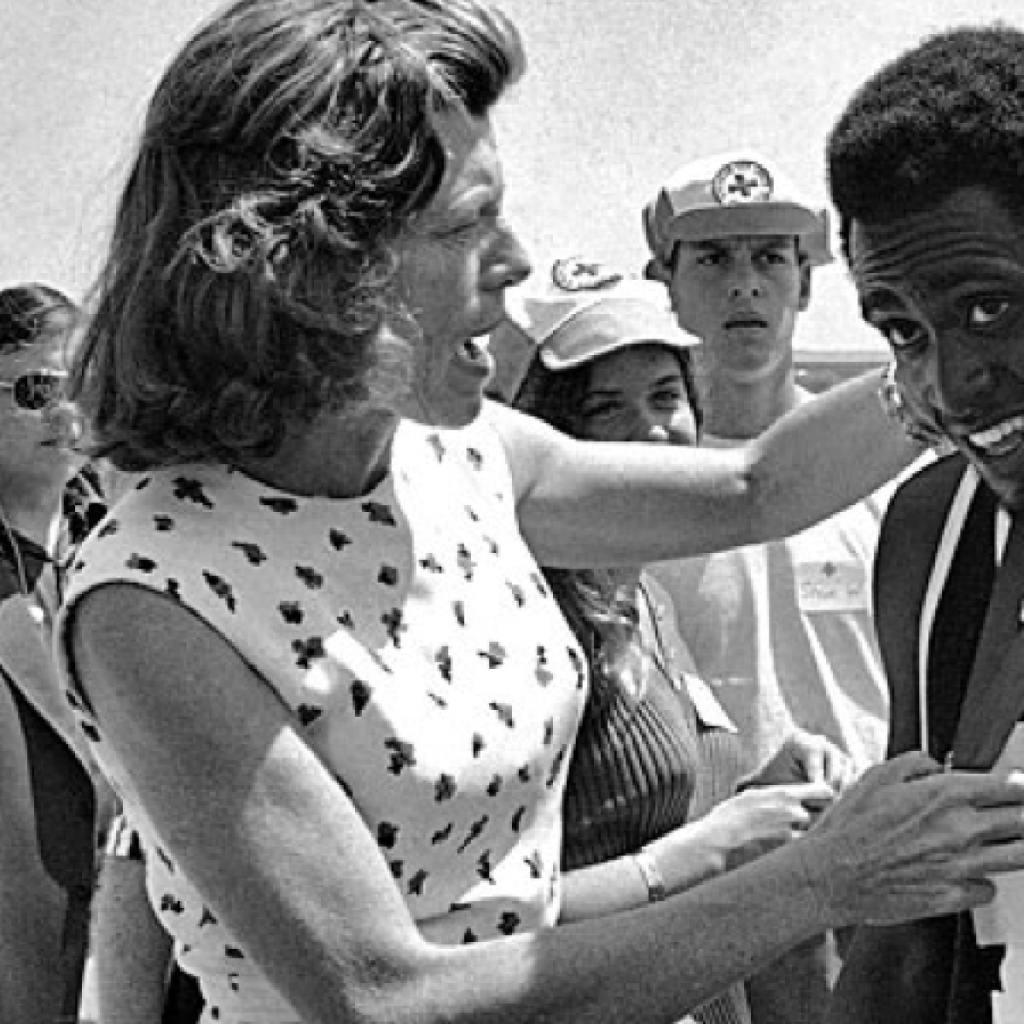 Video of activities that introduce children to basketball, football (soccer) and softball skills. 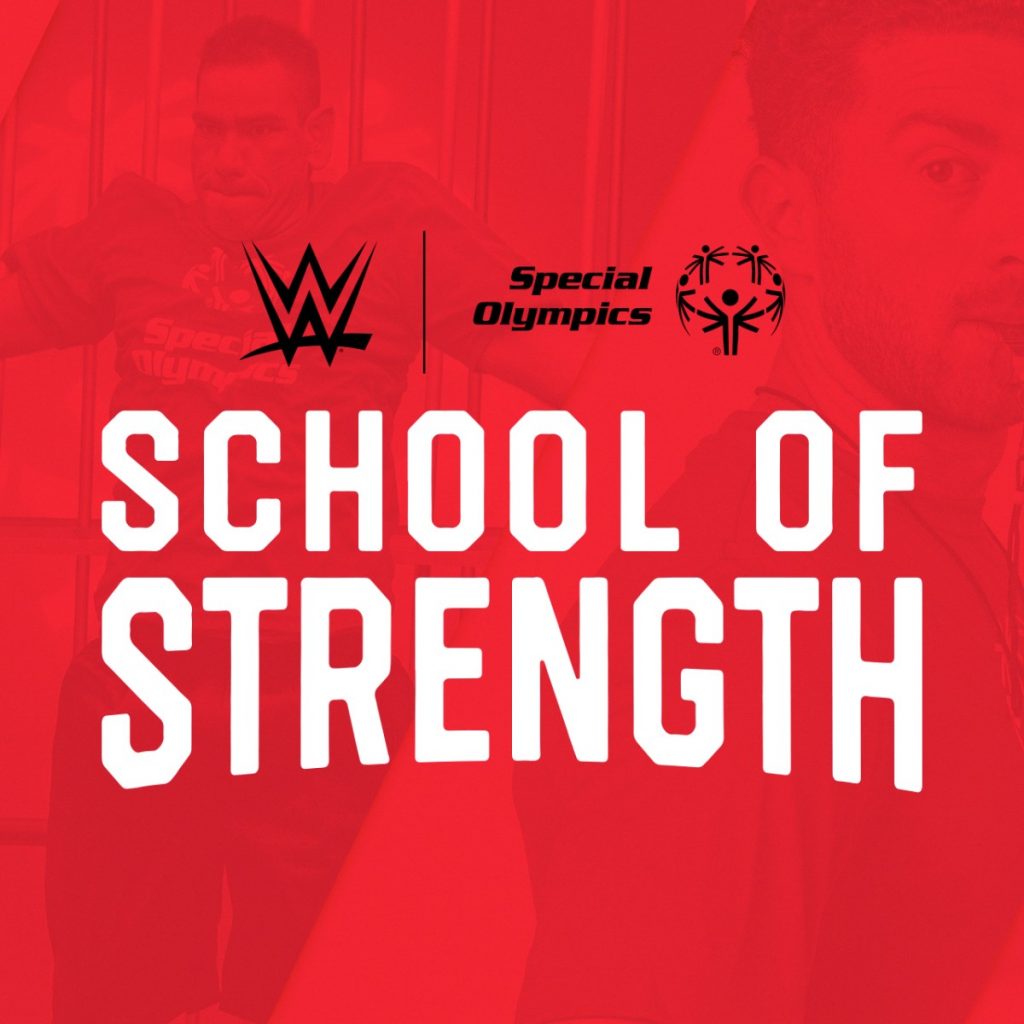 Unified Club How to Create »

Unified Youth Rally How to host »

Special Olympics Oregon and NIKE, Inc. teams up each year for the Special Olympics Oregon Youth Games at Nike World Headquarters. Since 2007, more than 5,000 athletes have participated in this one-day event focused on introducing the basics of popular sports to young people with intellectual disabilities. Inspired by the idea that all kids are made to play, the event helps participants to realize their potential through sport and lead healthier, happier and more successful lives.

The Youth Games are organized through a long-time partnership between Nike and Special Olympics Oregon. Each year Special Olympics athletes participate in sports instruction and competition designed for youth ages 6 to 18. Typically, 400 to 500 Nike employee volunteers, as well as elite athletes, welcome and inspire the young participants to be active. To be a volunteer at this annual event is a proud moment for the employees who land the coveted and limited roles at this event.

As part of the Youth Games, Nike hosts a Unified Champion Schools (UCS) exhibition soccer game between two local high schools. The UCS program combines sport, education, and leadership activities to equip students with the tools and training to create a culture of acceptance and inclusion. Currently there are 125 UCS schools in 29 districts throughout Oregon.

In addition to the sports events, Youth Games also provides support for family members and caregivers of the participants at the tented onsite Parents Pavilion. Parents new to Special Olympics Oregon interact with current Special Olympics athletes and their family members, network with other parents of Youth Games participants, and connect with other organizations that provide services to individuals that experience disabilities. 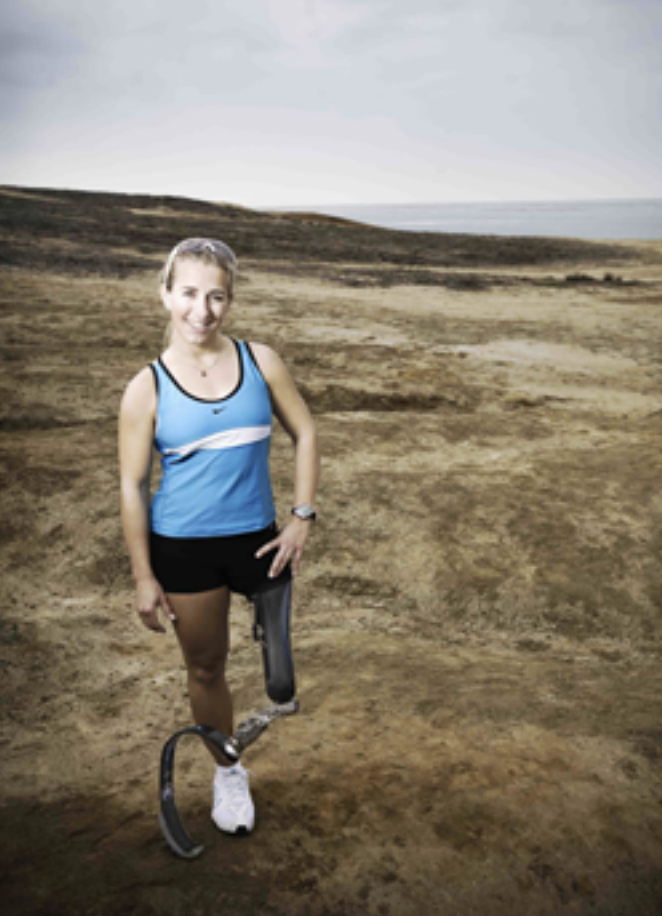 Sarah was born on May 22, 1975. Born with a proximal femoral focal deficiency, a bone-growth disorder, Sarah’s affected leg was amputated above the knee when she was 7 years old.

As an Ironman triathlete, she has broken numerous world records, including becoming the first female to complete in an Ironman on a prosthetic leg in Kona, Hawaii, in 2006. She is the recipient of an ESPY Award for best female athlete with a disability. She sports the "Sarah Sole", which is the first ever “shoe” for a running prosthetic—something created at Nike with Sarah as the inspiration.

In her spare time, she is an author, motivational speaker, and spokesperson for Nike's Ability Network. Sarah motivates others to realize their potential by setting goals, facing fears, overcoming setbacks, living with hope, and daring to dream big. This is Sarah’s tenth year of supporting the Youth Games. 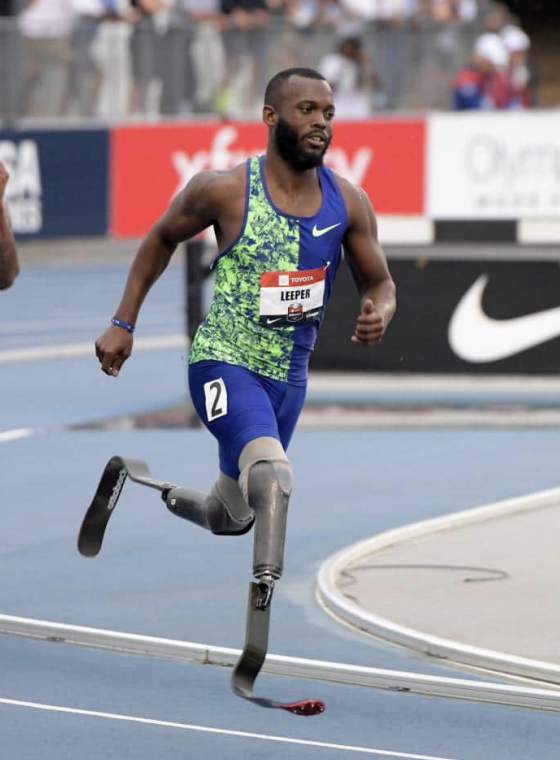 Early Life: Patrick “Blake” Leeper was born on August 31st, 1989 in Kingsport, Tennessee. Born with both legs missing below the knee, Blake still spent his young life focused on succeeding in sports. At nine months old he began wearing prosthetics and spent his young life thriving in sports. Blake’s top sport was basketball. During high school, Blake almost quit athletic endeavors -- as an aspiring pre-med student, he felt that he needed to apply himself fully ahead of the college admissions process. After deciding to go to pre-med camp in the summer before his senior year of high school rather than play summer basketball, Blake thought his decision had been sealed. However, a high school teammate (and current NFL standout) Cody Sensabaugh convinced Blake to continue playing basketball during his senior year.

Exposure to Racing: Blake’s first exposure to Paralympic track and field came through the 2008 games, when he watched Oscar Pistorius’ record-setting performances earn a spot on SportsCenter’s Top 10. A switch was flipped: Blake knew he wanted to race. Blake then turned his relentless spirit towards finding a guiding light in the world of track and field. He reached out to members of the United States’ 2008 Paralympics team via MySpace, eventually receiving a response from an athlete named Ryan Fann. The guidance provided by Fann would lead Blake to get his first running legs and begin his journey.

First Races: Without any exposure to the world of track, Blake Leeper set out for his first event. Not even knowing how to get into the blocks, Blake came in first place in the event and earned attention from U.S. Paralympics coaches. They made sure to stay in touch with Blake, who at the time was a student at University of Tennessee. Blake continued to balance school and track, eventually heading down to Brazil to participate in a major race. There, he placed first and solidified his status as one of track’s least expected young stars.

Making the Move: Initially, Blake attempted to continue balancing school with his athletic endeavors. Majoring in Pre-Medicine and Physics, this was no easy task. However, he continued to post eyepopping numbers at events, and was invited to train with U.S. Olympians in the summer of 2010. After getting into the best shape of his life in San Diego, Blake took home first place at trials in Miami. Following his dominant performance, Blake attempted to break tough news to his parents: that he wanted to drop out of school and pursue track full time. His mother began to cry -- she, a nurse, had always dreamed of working with her son, whose goal had been to become a doctor. Blake was convinced to continue attending school at Tennessee. In the fall of 2010, Blake finally hit a point where it became clear that he could not pursue track at the necessary level while still in school. Balancing highly demanding programs with maintaining a social life and a full training regimen became too much. His performances suffered and he realized that he had to make a decision. “Something had to give,” Blake said reflecting on the trying period in his life. So, he packed his bags and headed to California to begin his life as an Olympian.

An Olympian is Born: Blake arrived in San Diego in December of 2010 and spent the entirety of 2011 training. For the first time in his life, he was living the lifestyle of an athlete. However, just one month into his time in San Diego, a substantial challenge emerged. Blake headed to New Zealand for a series of events in which he would race Oscar Pistorius. Nervous and exhausted from the travel, Blake came in fifth in his events. While he knew he wasn’t where he needed to be, Blake learned something important from the saga: “I lost, but I was so close. I can be the best in the world.” Blake spent the next year of his life devoted fully to his training. Working at a Champs Sporting Goods store to pay the bills, he embraced the grind in Southern California in an effort to reach his peak condition ahead of the 2012 games. In the first race of 2012, Blake posted a sub-22 in the 200m -- Pistorius was the only other person in the world who had done so. By June of 2012, Blake was tying the reigning champ’s times. Then, by the time the games rolled around, Blake was posted a 21.7 in the 200m. He was ready.

The Youth Games presented by Nike are co-produced by Nike and Special Olympics Oregon, and funded by Nike. As part of the 2020 event, more than 500 Special Olympics athletes participated in sports instruction and competition designed for youth ages 6 to 18. More than 400 Nike employee volunteers as well as professional athletes were on hand to welcome and inspire the young participants, including Paralympic triathlete Sarah Reinertsen and Olympic gold medal gymnast Laurie Hernandez. 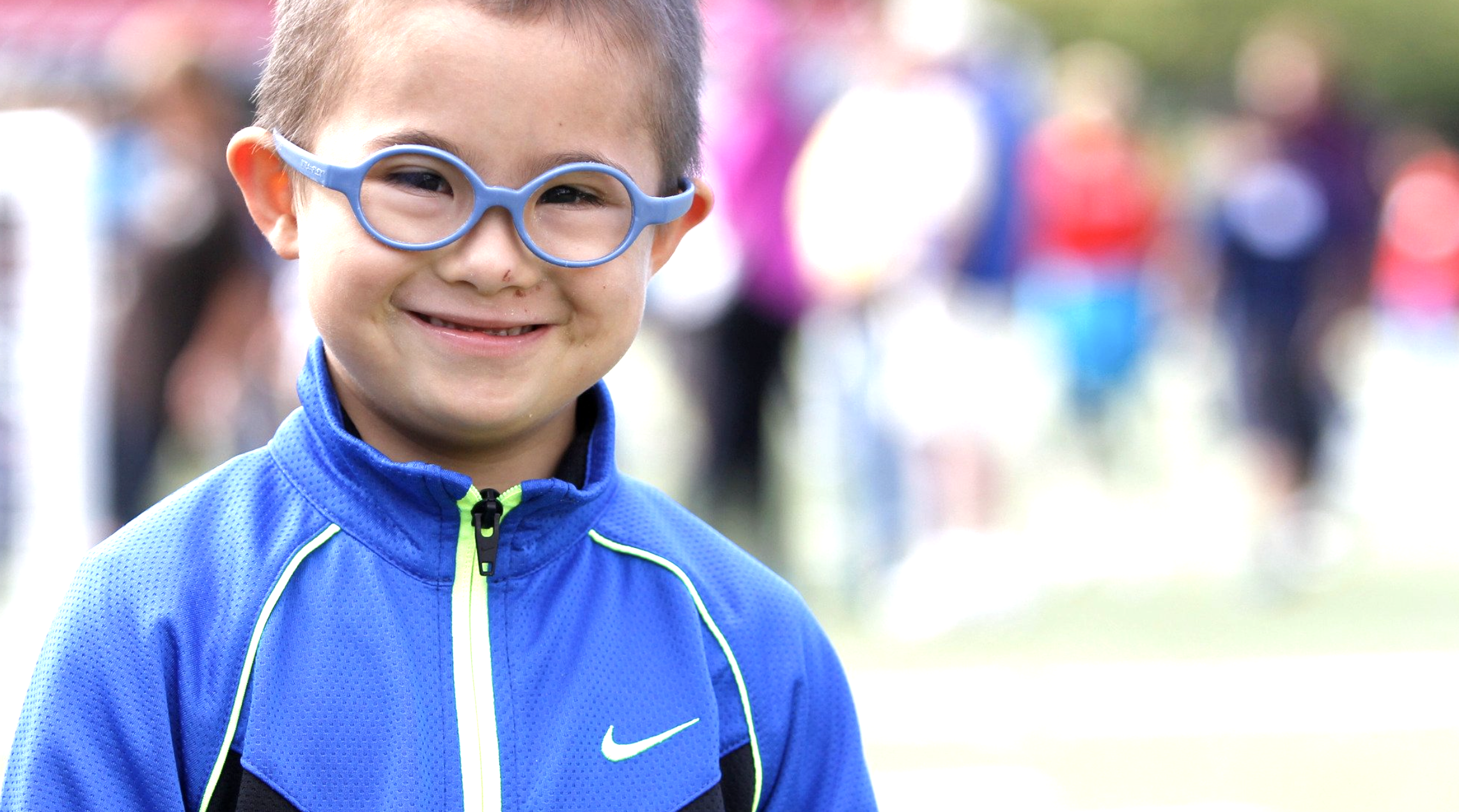 During the 2020 event, Nike also hosted a Unified Champion Schools (UCS) exhibition soccer game with Forest Grove and Westview High Schools. The UCS program provides a unique combination of sports, education, and leadership activities to equip students with the tools and training to create sport, classroom, and school cultures of acceptance and inclusion.

“This is one of my favorite events of the year, because we know that kids are made to play, and some of the most amazing moments for these young athletes happen on the field, track, and court as they create their first memories of play and sport,” said Jorge Casimiro, Nike Chief Public Policy & Social Impact Officer. “As a longtime partner of Special Olympics Oregon, it’s been an honor to support them and help build the Nike Youth Games to be what it is today, as well as to amplify their efforts to fuel cultures of inclusion and respect in high schools across the state through Unified Champion Schools.”

“Youth Games has helped instill us with hope, loving encouragement, positivity, inspiration, and genuine joy, which as parents is comforting. And it gives our little athlete the opportunity to thrive and shine…”