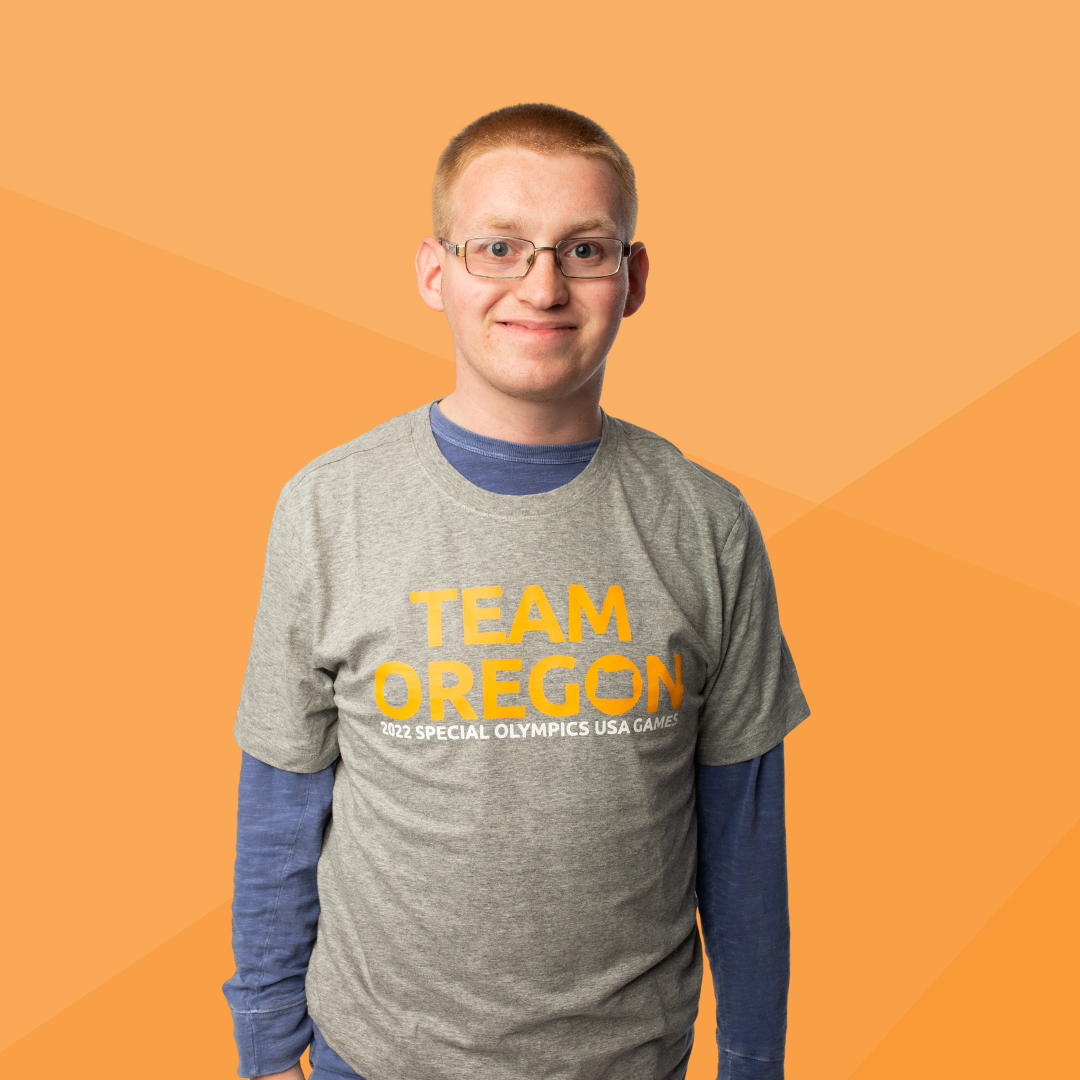 Shaun See is a 12-year veteran of Special Olympics Oregon. Starting with snowboarding, he has found great coaches and new friends. He moved on to play golf and swimming. Special Olympics has changed his life by enabling him to make new friends, learn new skills, and better himself through sports. Also, the chance to travel has been awesome. He can’t wait to go on an airplane to Florida – that’s going to be a highlight for him during this Games.

Swimming at USA Games is an amazing new step in his Special Olympics journey. When he participated in his first swim meet, he was terrified of the deep end. His coach and his mom encouraged him and convinced him he could do it. And he ended up taking first place! He’s proud of his ability to accomplish things he sets his mind to.

Shaun swam for four years with his high school team, earning his varsity letter in the process. Now, having completed his final year of transition school, he will be on his way with a job coach, too, soon to be working.

Outside of Special Olympics, Shaun has many interests: caring for his community garden and cleaning up a community that has been devastated by fire. His late grandparents, whom he admires, exposed Shaun to the things he loves, like trains, planes, and cooking.

In preparation for these Games, Shaun is riding his bikes every day and enjoys cooking and eating his veggies and gardening.