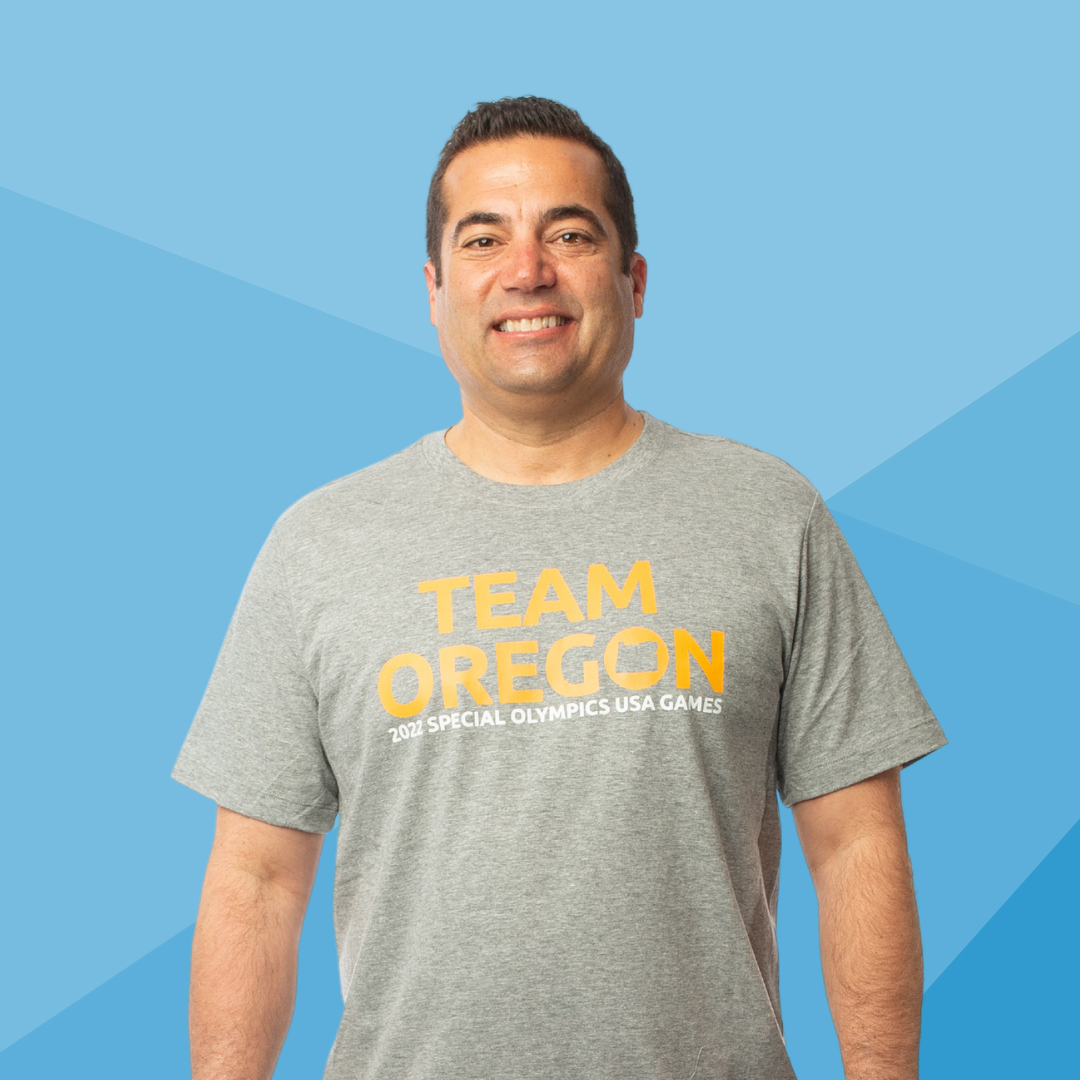 Robert is an advocate, coach, and Unified Champion Schools leader who has served Special Olympics since Unified programs began in Oregon.

A teacher in the Bend School District and real estate agent in central Oregon, Robert has devoted a great portion of his time and energy toward advocating for his athletes and recruiting others to participate in Bend Senior High School’s Unified Champion basketball team. Promoting the value of inclusion through sports is Robert’s passion. One of the greatest challenges for him has been consistent recruitment of Unified Partners and maintaining the culture of care at Bend Senior High for those partners. He’s very proud of the students with and without intellectual disabilities at the school who authentically care for each other.

USA Games is a new experience for Robert, and he is honored to be a part of it, but he’s not new to excellence. In recent years, he has been voted part of 2007-08 USA Today’s All Teacher Team, the 2016-17 Special Olympics Oregon Coach of the Year, and has been given 2017-18 Unified Champion School recognition. He is the executive director of Education for Chinese Orphans and enjoys mountain biking, Nordic skiing, and backpacking.

Robert has his own heroes. His wife persevered through 12 years to become a mental health counselor. He’s excited to meet those from around the country who make a difference in the lives of Special Olympics athletes through sports!