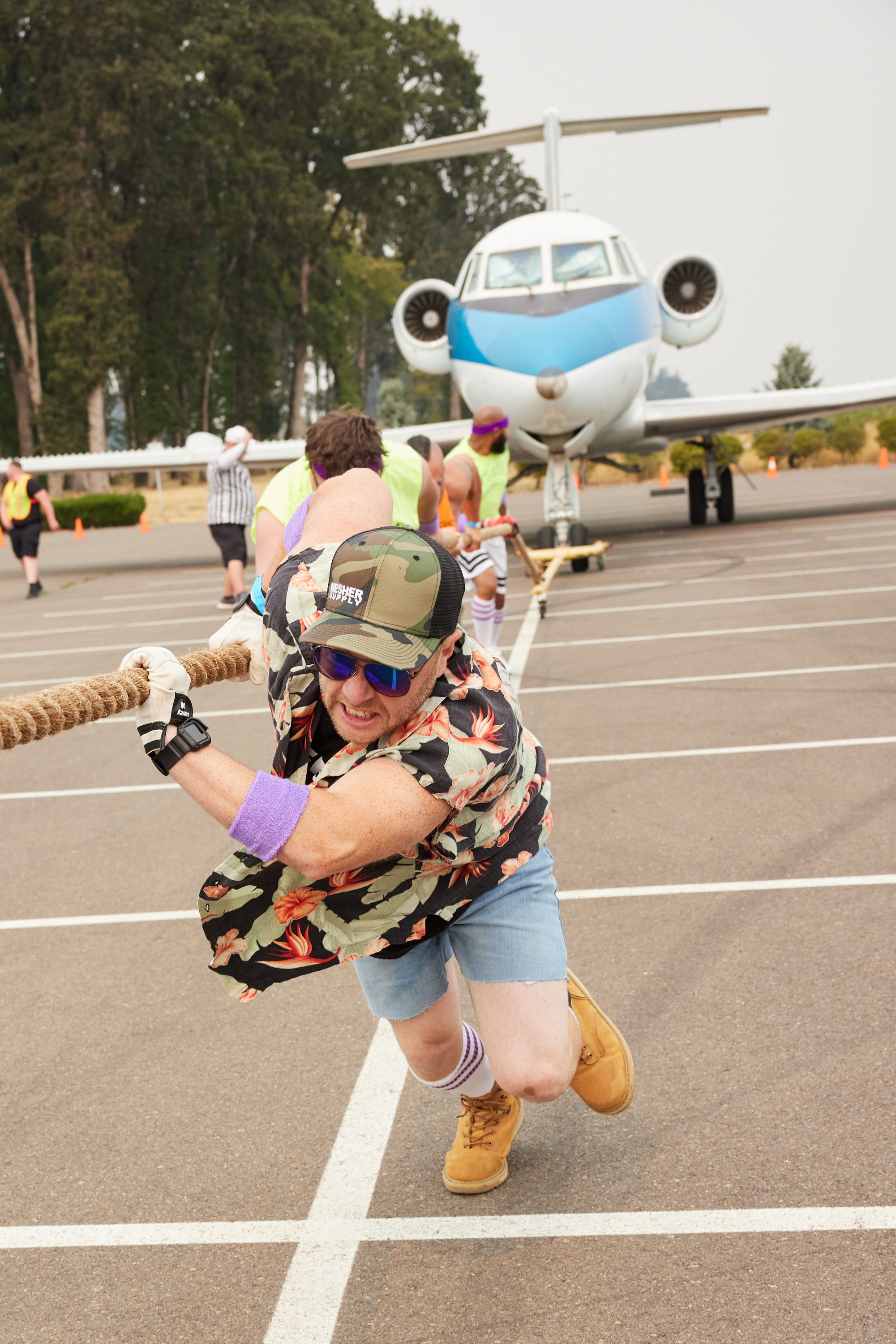 In its 8th year in Oregon, the Plane Pull presented by Subaru was held at Evergreen Aviation & Space Museum in McMinnville, Oregon on Saturday, September 10th. This unique and thrilling event challenged teams of 10 ‘Pullers’ to face off against a 40,000-pound NASA Gulfstream II Shuttle Simulator. Teams competed for the fastest time in pulling the aircraft 50-feet across the tarmac, with trophies for 1st, 2nd, and 3rd place awarded to teams in two divisions. In addition to Plane Pull presenting sponsor Subaru, gold-level sponsors Evergreen Aviation & Space Museum and Outfront Media also gave major contributions to support the event.

The accelerated growth of Oregon’s Plane Pull can largely be attributed to SOOR’s recent relationship with Subaru, and the large impact it has had on widespread marketing of the event. Said Scott Friesen, Senior Director of Strategic Partnerships, “working alongside Subaru to host Plane Pull these last two years has added tremendous value to the events reputation and visibility. Prior to 2021, not many people outside of Yamhill County knew what Plane Pull was.  With the support of the Subaru family we’ve been able to reach all new audiences, and bring more than 50 new teams to experience Plane Pull!”

“I look forward to Plane Pull every year – and based on the explosive growth we’ve seen,
I’m not the only one! It’s fun, festive, and a great way to wind down  summer. The last few years, I’ve been on the back end helping with the event, but I’m excited to be on a team with our Board of Directors and athletes this year! I’m fairly competitive (ok, really competitive), so I’m hoping we can take the lead in fundraising and plane pulling. One of the things I love most is being at sports events or competitions that bring our supporters, athletes, volunteers, staff, and board together. There just isn’t a better family than Special Olympics!”  – Britt Oase, Special Olympics Oregon CEO

Across the country, the Plane Pull for Special Olympics is a fan favorite event among supporters and athletes alike. Said Scott Friesen, Senior Director of Strategic Partnerships, “to see the extent to which this event has taken off, and the impact it has for our athletes, is truly awe inspiring. Plane Pull is the perfect union between an intense physical competition and a ‘come as you are’ are celebration of inclusion. With 39 first-time teams signed up this year, the trajectory of this fundraiser is only going up.”

Subaru of America, Inc. (SOA) is a wholly owned subsidiary of Subaru Corporation of Japan. Headquartered at a zero-landfill office in Camden, N.J., the company markets and distributes Subaru vehicles, parts and accessories through a network of more than 630 retailers across the United States. All Subaru products are manufactured in zero-landfill plants and Subaru of Indiana Automotive, Inc. is the only U.S. automobile manufacturing plant to be designated a backyard wildlife habitat by the National Wildlife Federation. SOA is guided by the Subaru Love Promise, which is the company’s vision to show love and respect to everyone, and to support its communities and customers nationwide. Over the past 20 years, SOA has donated more than $200 million to causes the Subaru family cares about, and its employees have logged more than 63,000 volunteer hours. As a company, Subaru believes it is important to do its part in making a positive impact in the world because it is the right thing to do.