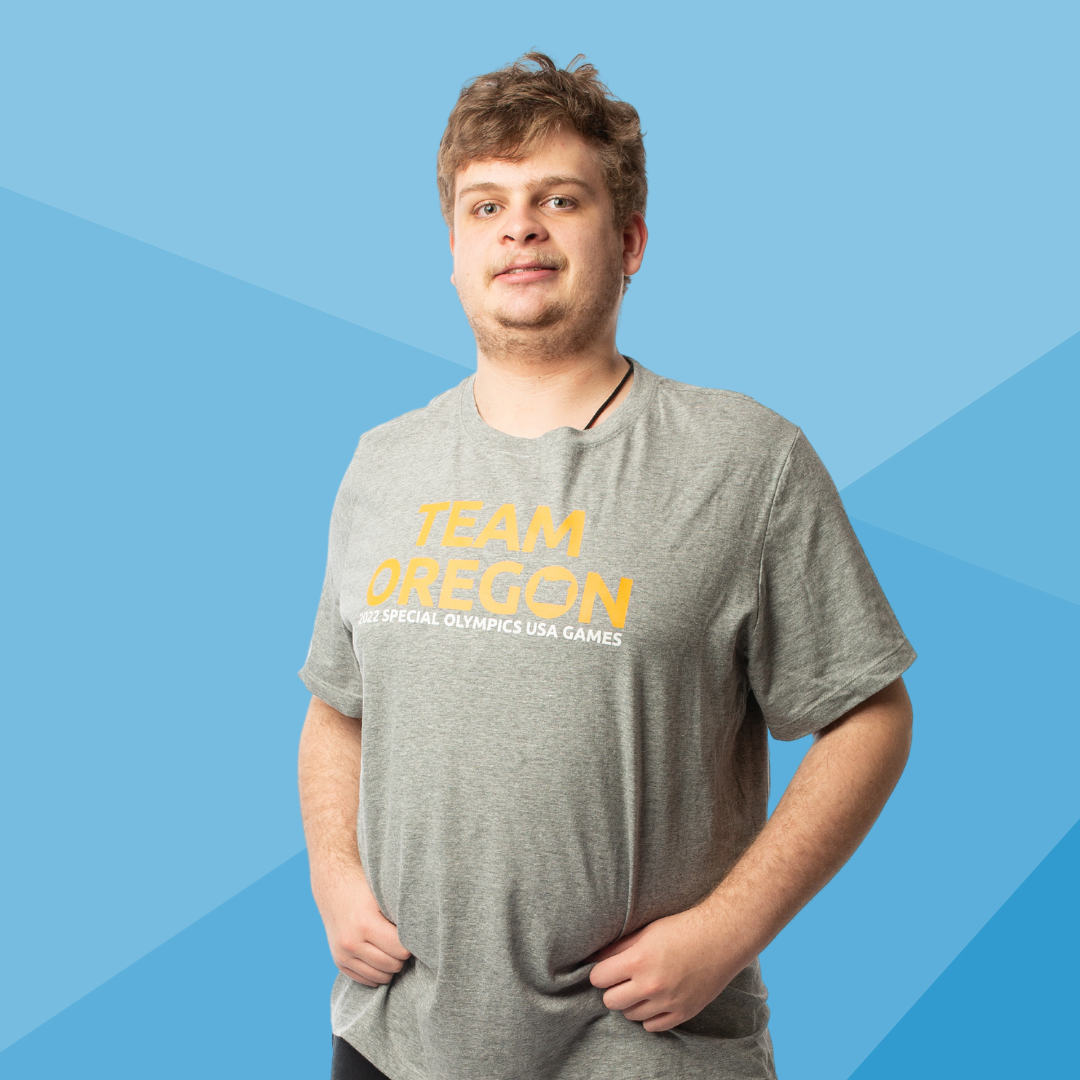 Introducing Jack Bailey, from Bend in Oregon
Jack was a forward on the 2019 Unified Champion basketball team at Bend High School where he graduated this past spring. He will participate again this USA Games in basketball.

In his 6 years in Special Olympics, Jack has competed at a high level in many sports. Since his first bowling event, years ago, Jack has found his life changed – he made friends, he developed an understanding of basketball, and he has grown on and off the court.

Jack loves to play video games and watch the Seahawks, Storm, and Kracken play. He also works as a brewer at Compassion Kombucha and currently goes to Transition Co-op where he advises others and hopes to graduate in 2022. His cats, Tom and Jerry, keep him entertained at home, too!

Jack greatly admires Sylvester Stallone’s portrayal of Rocky Balboa. The movie inspired him to get involved in sports. In preparation for these games (he attended the Seattle 2016 games but didn’t compete), he works out in local gyms and works on treadmills and ellipticals. He is busy getting ready!