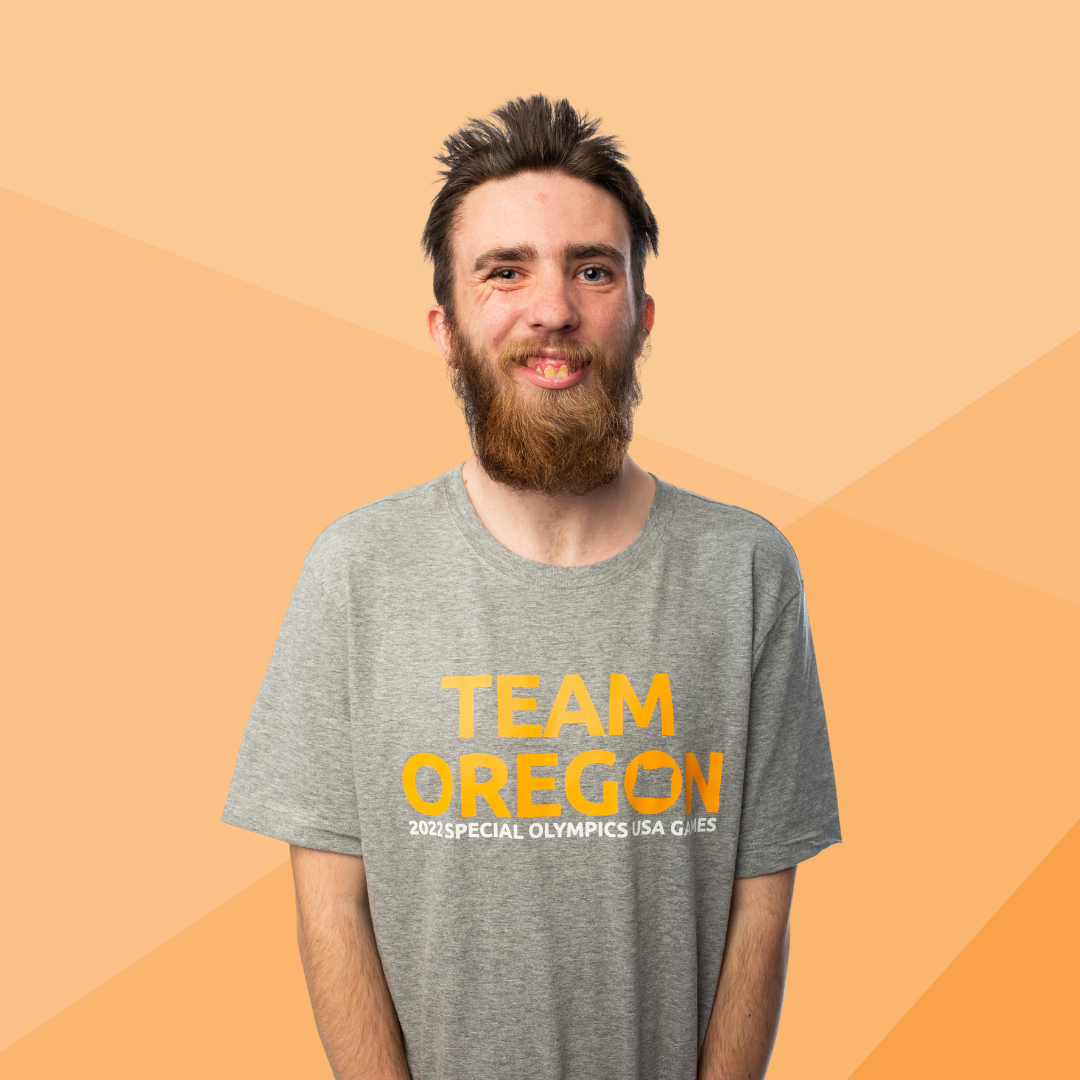 Howard has been competing with Special Olympics for four years in track, bowling, and weightlifting. He loves to compete and is looking forward to giving his all and competing to the best of his ability in the Pentathlon at this USA Games, his first.

Howard has overcome bullying, recognizing and dealing with his disabilities, no small feat. He’s proud and admires his family and friends and loves that he has made them proud. He also admires his rap mentor, Tailio, and Ben Carringer, a state champion sprinter who volunteered as a track coach for Team Klamath. They are inspirations.

Special Olympics has been important in Howard’s life. SOOR has made him realize that if he works hard, he can compete with the best of them, and it has filled him with confidence.

Outside of Special Olympics Howard keeps very busy. He has enjoyed competitive BMX racing for the last two years. He also enjoys listening, composing, and performing his own rap music and has competed in his high school’s talent show! He also volunteers at the local food bank and enjoys working on bicycles as a mechanic. Besides all this, Howard works as a carpenter assistant, which teaches him valuable skills in that trade.
Looking forward to the Games, Howard is keeping in shape by racing BMX and plans soon to start working on track and field events.