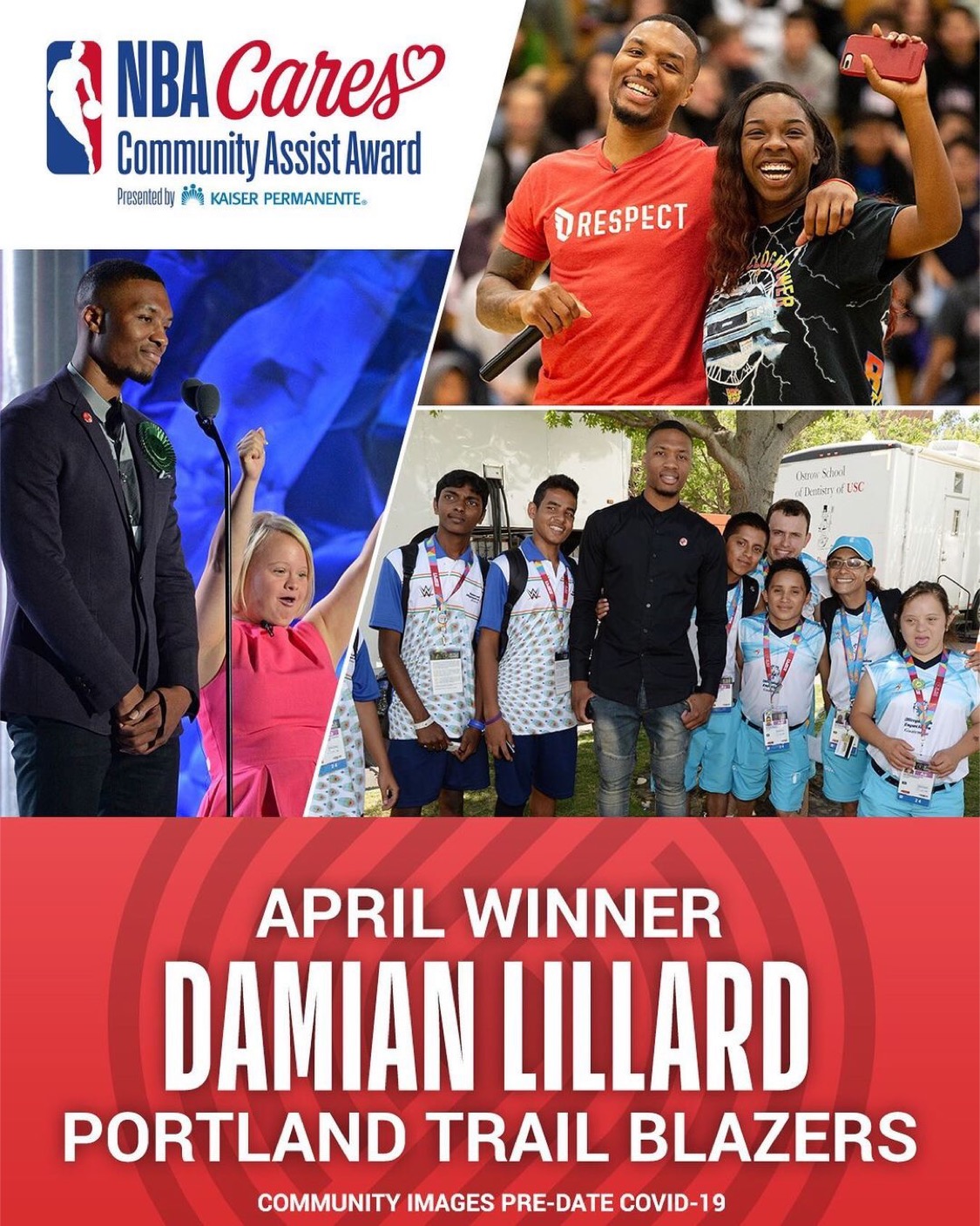 Special Olympics Oregon (SOOR) is thrilled to announce that it will receive a $10,000 donation on behalf of Portland Trail Blazers guard Damian Lillard from Kaiser Permanente and the NBA. This generous gift will be put to use to help support the SOOR Summer Virtual Games, which include athletics, golf, fitness as a sport, and soccer.

“We are so honored that Damian has chosen to share this tremendous gift, along with the talent, dedication, and support he has long contributed to Special Olympics Oregon,” said Britt Oase, SOOR CEO. “He has long made an incredible impact on our community and has been an integral part of making Oregon a better place for all people to live.”

“As Damian has embodied in his own life, sports are a defining part of who we are, extending far beyond the court of play,” said Oase, “Health and fitness are just the beginning for Special Olympics athletes, who find the support of an entire community and a wealth of programs that help them find ways to push beyond their comfort zones, achieve goals, persevere, and succeed.”

The NBA Cares Community Assist Award presented by Kaiser Permanente recognizes an NBA player each month who best reflects the passion that the league and its players share for giving back to their communities.  It honors the standard set by NBA Legend David Robinson, who improved the community piece by piece.