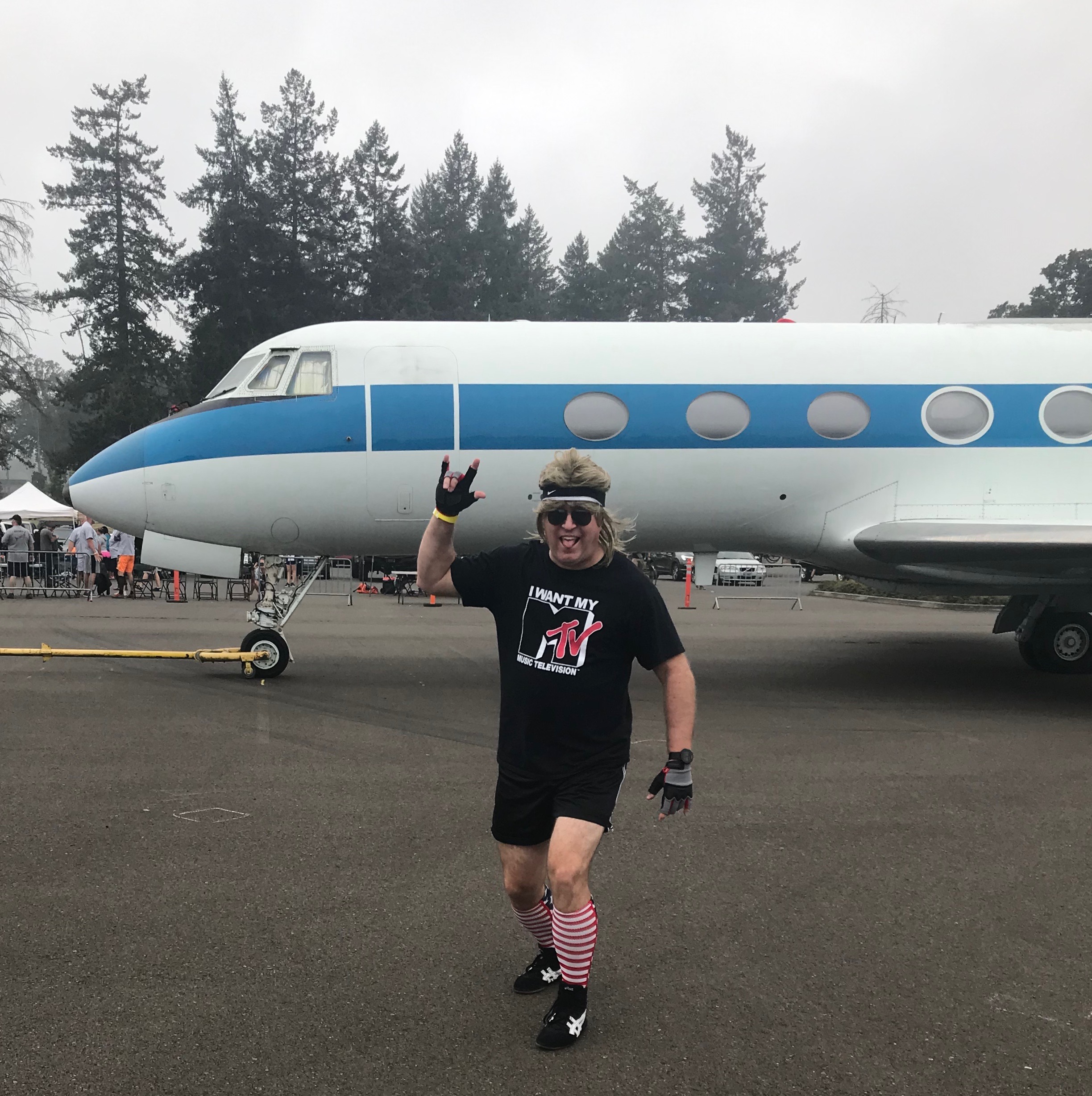 Captain Alan Lynn has been with the Albany Police Dept for 21 years!  For the last 15 years, he’s also made it a priority to volunteer with Special Olympics Oregon as part of LETR (Law Enforcement Torch Run).  He participates in the Torch Run, Polar Plunge, Tip-a-Cops, presenting awards to athletes at competitions and the Plane Pull!

Captain Lynn started out coordinating the Albany to Corvallis leg of the Torch Run!  He has a core group that enjoys running the leg from Jefferson to Corvallis which is about 12 miles.  He especially loves having athletes and others from outside the department run with their group and enjoys the camaraderie between everyone!  They always add a little competition to see how far they can run that day.

Polar Plunge was the next annual adventure Captain Lynn started participating in.  He jumped on board as part of the organizing committee and also joined in to take the actual Plunge!  Captain Lynn says it’s fun to have a group that consistently participates every year – raising funds and enduring the cold for SOOR!  “It’s crazy that you can convince people to dress up and plunge into the river!”  Such a fun event!

Captain Lynn and crew also volunteer for Tip-a-Cop and think it’s such a great event with the community coming together as a whole!  “It amazes me how many people come out to give you a tip!”   Albany PD likes to add several activities including a SWAT rig and a K-9 for the kids!  “We always have fun and the generosity of our community is amazing!”

Captain Lynn can also be found handing out awards at competitions, noting, “I love the smile and pure love in the eyes of the athletes.  It’s the best of all!  That’s why I do all this! From the first moment I did this, I thought it was awesome!”

As if Captain Lynn wasn’t already doing enough, he couldn’t help but get involved with the Plane Pull!  As soon as he heard about it, he got a team together.  One of his most favorite SOOR memories was the year they dressed in costumes from the 80’s and he was Joe Dirt!  Such a riot!  These events are great because they raise funds for Special Olympics Oregon  but they’re also, “refreshing and so great to have fun with co-workers outside of work!”

When Captain Lynn was asked how he finds the time to all this volunteer work, he said he relies on a core group that volunteer with him and “the time I invest in it is worth it!”