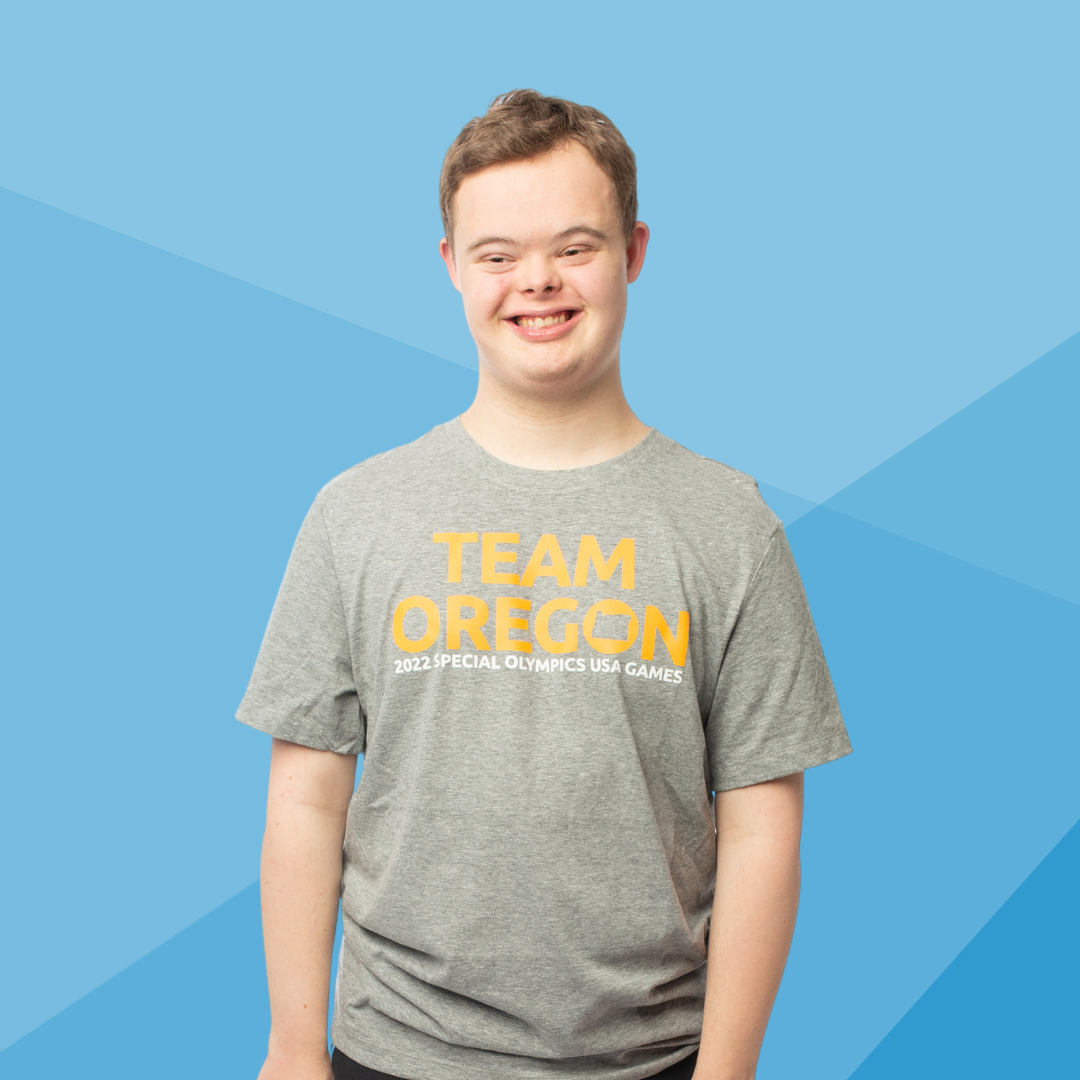 Introducing Cameron Walker, an athlete from the High Desert area of Oregon.

Cameron has been competing at Special Olympics for ten years. Beginning with track & field, he moved on to basketball, soccer, and softball, playing with Bend Senior High School’s Unified sports team, where he also serves as manager.

Cameron has overcome quite a bit in his time. As a younger athlete, Cameron was small and nervous, worried about getting involved in competitive play. Now that he is bigger and stronger, Cameron feels more at home on the court. He even plays at home, shooting hoops and working on his shots.

In participating with Special Olympics, Cameron has been allowed to play sports he loves with his friends and peers. He is proud that he can tie his own basketball shoes now, and he has won awards. He was Oregon’s Unified sports champion in the regional basketball tournament, and in Washington state he medaled in track & field.

Not all of Cameron’s interests are athletics – he loves music and learning about artists and composers. He loves movies and coloring, too. Michael Jordan is a real hero for Cameron. He admires his cool moves!

Cameron is proud to represent Oregon in this year’s Games, his first. Additionally, Cameron has been selected to represent Team Oregon nationally as our Fitness Challenge Athlete Health Ambassador, a great honor and responsibility that he will share with Unified Partner, and USA Games Basketball teammate, Austin Baker.