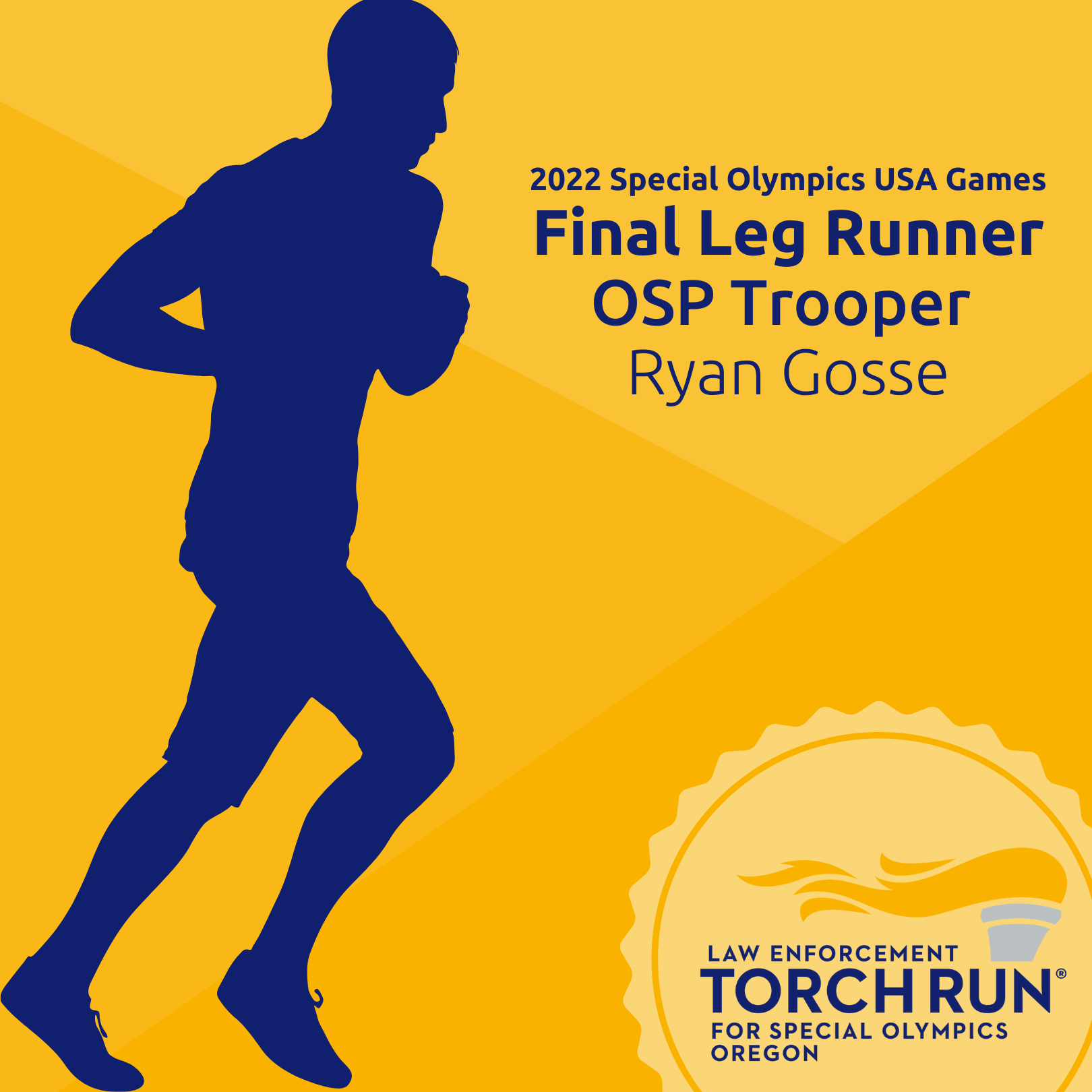 Ryan Gosse has been involved with the Law Enforcement Torch Run and Polar Plunge events for the last six years. Ryan is a State Trooper with the Oregon State Police in the Southwest region. Ryan is married and has three beautiful children, a 13-year-old boy, an 11-year-old girl, and a six-year-old daughter. Ryan’s 11-year-old daughter has special needs and a rare genetic disorder called Sotos. Ryan is committed to supporting efforts, such as the Special Olympics, that will allow his sweet daughter to enjoy life to the fullest. His daughter has actually joined him on Torch Run events by patiently riding in a stroller for the full 17 mile run numerous times. Ryan and his family live a beautiful life in Southern Oregon and enjoy skiing, mountain biking, camping, fishing, and all-around exploring the world together.